The U.S. remains an irresistible forum for injured airline passengers from all over the world to press their claims. As a result, court decisions addressing lawsuits over foreign airline accidents often revolve more around the intricacies of civil procedure and forum law instead of the substance of what actually happened. A number of recent cases bear this out, and are worth looking at in a bit more detail.

The first case, Kolawole v. Sellers, resulted from the 2012 crash of Dana Airlines Flight 992 in Nigeria. The MD-83 lost power in both engines on approach to the Lagos airport and crashed, killing all 153 aboard and 10 on the ground. A number of passengers filed suit in Florida against the estate of the pilot, who had been a Florida resident. The pilot’s estate moved to dismiss the lawsuits under the doctrine of forum non conveniens, which permits a court to dismiss a lawsuit over which it otherwise has proper jurisdiction in favor of a more appropriate forum. The trial court ruled that the lawsuits filed on behalf of decedents who were U.S. citizens or residents could stay in Florida, but that those filed on behalf of foreign decedents should be brought in Nigeria. The Eleventh Circuit affirmed.

The most interesting aspect of the appellate opinion in Kolawole was the court’s determination that Nigeria was an “adequate” alternative forum, which is one of the requirements under forum non conveniens. Counsel for plaintiffs in foreign airline crash cases will often argue that the alternative forum -- usually a developing country with a history of political upheaval or corruption -- would not give the plaintiffs a fair shot at timely justice. In this case, the plaintiffs, relying on State Department reports and earlier court opinions on danger and corruption in Nigeria, argued that Nigeria was too dangerous and its legal system too corrupt and slow. The Court was not persuaded since the plaintiffs were unable to identify specific dangers related to the particular litigation or evidence of partiality related to this type of claim. Thus, even though other courts had found Nigeria to be inadequate in different circumstances, this court refused to follow suit. 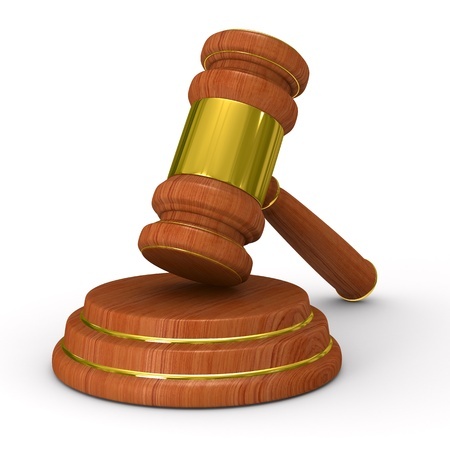 The second recent foreign accident case is Fuzzy Tuna v. Airbus an appellate decision from Illinois. Fuzzy Tuna, a Qantas Airways flight attendant and resident of New Zealand, claimed injuries in a turbulence incident over the Pacific Ocean. New Zealand, though, has a no-fault compensation system for accident victims similar to workers’ compensation laws in the U.S. Under New Zealand’s system, no person can bring a personal injury suit for compensatory damages “in any court in New Zealand.” The defendants argued that the court should apply New Zealand law, and presented an expert opinion from a New Zealand attorney that the bar on compensatory damages applies regardless of where the suit is filed.

Fuzzy Tuna countered with an expert who stated that the prohibition applies only in New Zealand, as suggested by not only by the statutory language but also by another provision allowing the New Zealand fund to be reimbursed from any foreign award won by a New Zealand citizen. The trial court sided with the defendants. Fuzzy Tuna appealed, but then dismissed that appeal in favor of asking the trial court to consider new evidence. That new evidence was an opinion letter from a law clerk who worked directly with New Zealand’s compensation fund. However, since the opinion was from a clerk, and not an attorney, the trial court refused to consider it. Fuzzy Tuna appealed again. However, due to the procedural quirks in the case, the only issue the appellate court considered was whether the trial court erred in rejecting the law clerk’s letter, and not the “bigger picture” rulings made earlier. The appellate court affirmed the dismissal.

Finally, in Spector v. Global Aerospace Underwriting Managers, Ltd., an unpublished California appellate opinion, the court was called upon to decide whether to enforce a forum selection clause in an aviation insurance policy. Spector arose from a fatal business jet crash in Germany. The owner-pilot of the aircraft was a resident of Germany, but his children were born in the U.S. and were dual citizens. Probate proceedings took place in Germany, Hong Kong, and the U.S., and lawsuits regarding the crash were filed in the U.S. Coverage issues arose with respect to the aircraft’s policy, and the plaintiffs sued the insurer in California. The insurer moved to dismiss, arguing that the policy -- written mostly in German -- explicitly required that it be interpreted under German law and that any dispute be litigated in London or Cologne, Germany. As support, the insurer presented a translation of the policy and a declaration from a German lawyer that the forum selection clause was valid and enforceable under German law.

The court determined that it was appropriate to consider the German lawyer’s evidence, even though it was external to the policy, because the policy was written in a foreign language and employed terms subject to foreign law. The court then held that the forum selection clause was mandatory, not merely permissive, and would be enforced. In so holding, the court rejected the plaintiffs’ argument that other U.S. courts have found the same language to be non-mandatory, since the German lawyer’s declaration established that German courts would view that language as mandatory. The plaintiffs also argued that state public policy, as illustrated by California’s insurance regulations and bad faith law, precluded enforcement of the forum selection clause. This argument failed to persuade the court, however, since a state’s efforts to regulate insurance do not necessarily establish an unwaivable statutory right to a forum in California.

Each of the defendants above prevailed on these forum issues because they put together a complete and persuasive dismissal package early on in litigation. This would have included a deep dive into the minutiae of civil procedure and forum law as well as locating and engaging qualified foreign counsel to assist with research and offer opinion testimony. This can be a great deal of effort on the front end, but in the cases above at least, this effort proved worthwhile.