The United States Supreme Court recently decided that “California courts lack specific jurisdiction to entertain the nonresidents’ claims.” Bristol-Myers Squibb Co. v. Superior Court of California, No. 16-466 (U.S. June 19, 2017) (slip op., at 2) (“Bristol-Myers”). The Court’s 8-1 decision with Justice Sotomayor as the sole dissenter suggests the opinion must migrate toward the philosophical center. The text frequently implies that the decision is doing nothing more than reasserting existing law: “It has long been established that the Fourteenth Amendment limits the personal jurisdiction of state courts * * * [o]ur settled principles regarding specific jurisdiction control this case.” Bristol-Myers (slip op., at 4, 7). Furthermore, the Court summarily dismissed any adverse effects: “Our straightforward application in this case of settled principles of personal jurisdiction will not result in the parade of horribles that respondents conjure up.” Id. at 12.

So, what’s the big deal with Bristol-Myers? The Court ruled that every non-California plaintiff (592 of the total 678 plaintiffs) could not pursue a state claim against the pharmaceutical manufacturer in California because they were not injured in California. The Court specifically found that even where numerous other plaintiffs obtained, ingested, and were injured by the same offending medication in California as the non-resident plaintiffs, the State of California would not be allowed to assert specific jurisdiction over the non-resident claims. Id. at 8. It is difficult to interpret this opinion as anything other than a significant narrowing of specific jurisdiction. 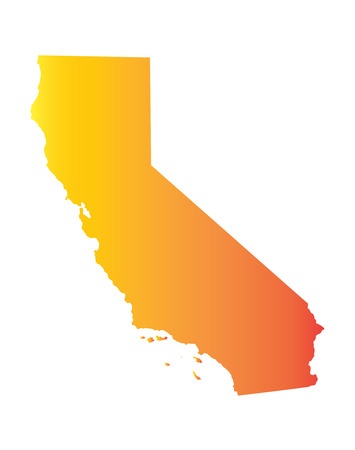 How will Bristol-Myers affect the future of aviation litigation? Despite the Court’s insistence that the decision will have very little effect on litigation, an informal survey of U.S. litigators and manufacturers see a far greater implication.

Plaintiff’s Firms’ Position: Some candid conversations with plaintiffs’ counsel concede great concern regarding the restrictive effects of Bristol-Myers. They range from “International Shoe is dead” to “there will be quite a bit more federal filings.” The latter comment is a nod to the specific comments by the Court that Bristol-Myers leaves open the question of whether the Fifth Amendment imposes the same restrictions on personal jurisdiction in federal court. Id. at 12. Many plaintiffs echo the concern set forth by Justice Sotomayor in the dissent: “I fear the consequences of the majority’s decision today will be substantial …it is difficult to imagine where it might be possible to bring a nationwide mass action against two or more defendants headquartered and incorporated in different States.” (Dissent, at 9, 11).

Among the plaintiffs’ ranks, there are no illusions that Bristol-Myers is limited solely to class action matters or nationwide corporate entities or even just to product liability actions. In the aviation realm, plaintiffs are concerned that a simple tort liability claim may also be prohibited in plaintiff’s home forum, if that forum is not also the location of the aircraft accident or defendant’s principal place of business.

One can imagine that a foreign air carrier crash with scores of foreign national passengers will no longer be welcome in a state court that is not also the state of incorporation or principal place of business for each target defendant. And, where an allegedly defective component is identified, such as a ground proximity warning system (GPWS), for example, Bristol-Myers may well prevent the GPWS manufacturer from being sued in the same state as the aircraft manufacturer.

Defense Firms’ Position: Despite the Court’s protestations to the contrary, the defense unanimously view Bristol-Myers as one of the most important product liability decisions from the Court. The expectation is that Bristol-Myers will substantially limit the ability for plaintiffs to “forum shop” a product liability case. Moreover, those jurisdictions renowned for attracting national claims may lose their purchase. For example, many question the future of the asbestos litigation industry in Madison County, Illinois. An avalanche of dispositive motions are being filed in product liability actions across the country.

One manufacturer often targeted in foreign accident lawsuits filed in the U.S. cautiously commented: “We look forward to seeing how the trial courts interpret [Bristol-Myers].” Indeed, the coming months will bring many rulings on Bristol-Myers motions. We’ll see.